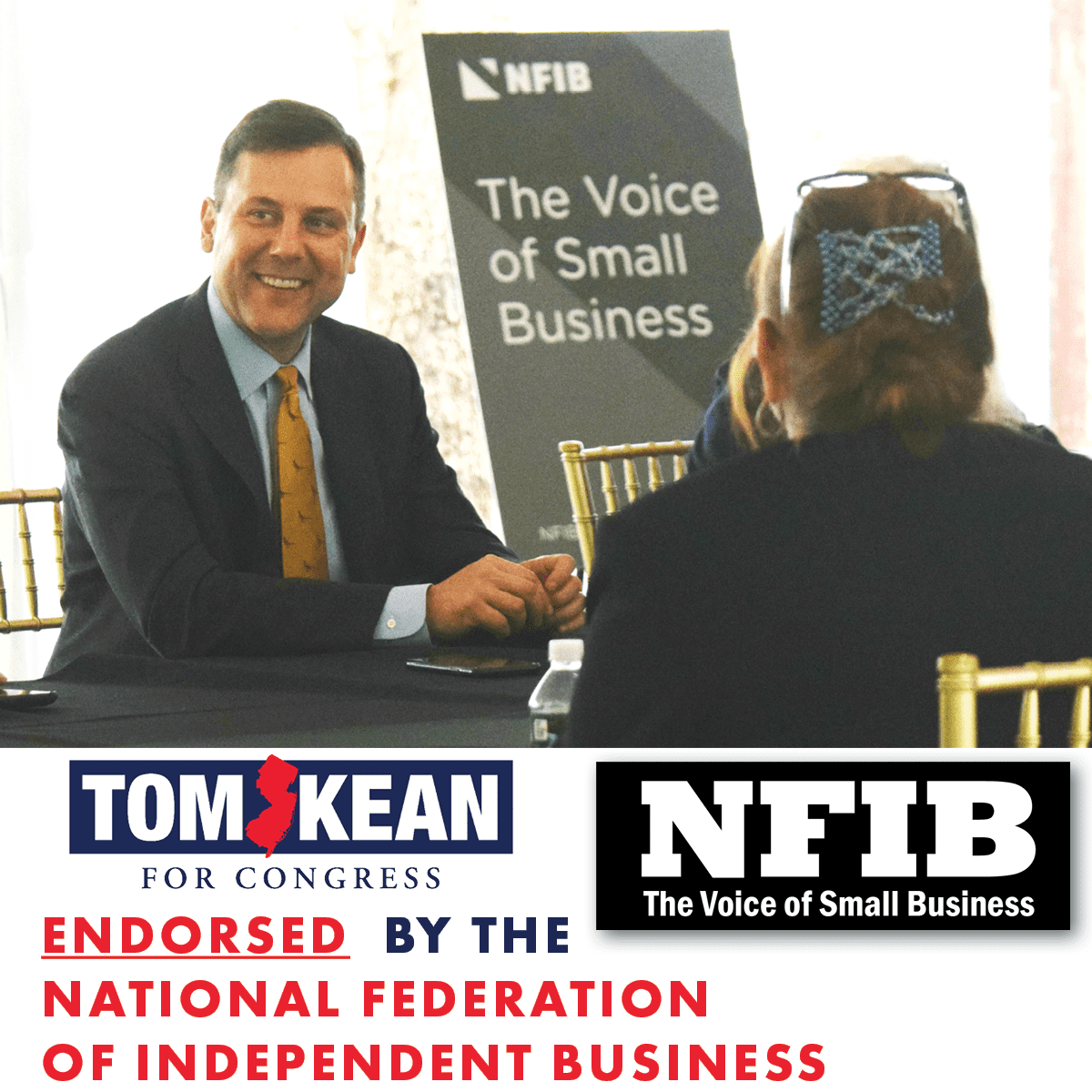 “I am proud to have earned the support of NFIB. Main streets across New Jersey and America have been decimated by the COVID-19 pandemic,” said Senator Kean. “Now more than ever, we need leaders in Congress who are going to prioritize supporting small businesses. I have a long history of reaching across the aisle to find solutions that support the private sector and I will take that same approach in Congress.”

Tom Kean is the New Jersey Senate Republican Leader. His campaign for Congress in NJ-7 has been rated a “toss up” by Politico. He has been endorsed by the U.S. Chamber of Commerce,  NJFMBA, NJPBA, BIPAC, House Republican Leader Kevin McCarthy, and hundreds of local New Jersey elected and party officials.

Two weeks ago, The National Republican Congressional Committee placed a $1.7 million television ad buy on behalf of Kean. In April, CLF released a survey that showed Kean leading the incumbent Malinowski and then reserved $1.5 million in advertising in support of Kean and another subsequent $500,000.